Selfies have become the most popular way of taking pictures, and apparently, a good selfie requires skills, like getting a proper amount of light, finding the right angle, making the perfect pose, and so on.

However, we believe we have the coolest selfies of gorillas living in the Virunga National Park, Democratic Republic of Congo!

This national park is a UNESCO World Heritage Site located in the lush forests of the Democratic Republic of Congo, which has been protected from poachers and damage due to the military region in the area in the last few years by 600 rangers.

These rangers have special fighting skills in order to be prepared for any sort of emergency situation and have saved several members of the gorilla family, including the world’s critically endangered Mountain Gorillas.

Yet, despite their serious work in the park, these rangers also enjoy their time in the national park, and the selfies they take with the gorillas have become a huge hit.

Ndakasi and Matabishi are two of the most enthusiastic gorillas there, and the ranger poses with them behind,  flexing their muscles. The selfie is titled as, “Another day at the Office”.

According to the park’s deputy director, these gorillas had learned to imitate their carers, who have looked after them since they were found. They even believe that the rangers are their parents. When they were just 2 and 4 months old, their mothers were killed.

Soon after that, they were found and brought to Senkwekwe Sanctuary in Virunga, where they have lived ever since. They started imitating humans as they have grown up with them, and they began to stand on two legs in order to learn how to be human beings.

At first, everyone was surprised to see it, as it is curious to see gorillas imitating people and standing up.  These two gorillas have another picture titled Family Portrait, together with ranger Patrick Sadiki.

On the third picture, titled “Words to Live By- Sagesse Intemporelle”, there is a gorilla, riding on the shoulders of a ranger, holding him affectionately.

The rangers in the national park risk their lives in order to preserve our eco-heritage, but they apparently enjoy their job, and at the end of the day, the affection they receive from these apes makes it all worthwhile. 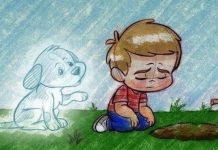 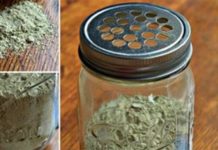 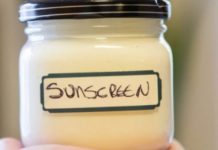 10 Bug Bites Anyone Should Be Able to Identify